From May 9th to December 12th, the School of International Education of our university participated in the “2018 China Higher Education Achievements and Enrollment Exhibition” held in Calcutta, India with the education delegation from Shandong Province. The education exhibition attracted more than 5,000 students, teachers,and people from universities and colleges in Indochina.

At the opening ceremony, the Chinese Consul General in Garhti, Ma Zhanwu, addressed the opening ceremony. He pointed out that this exhibition is a concrete measure to implement the consensus reached by the leaders of the two countries in strengthening cultural exchanges. The study abroad career allows students from both countries to understand each other's country in all directions and to promote. It is of great importance for mutual understanding and trust and for the in-depth development of China-India relations. Consul General Ma Zhanwu and Deputy Chief of Shukla deputy secretary and other guests visited the exhibition stand of our school and expressed congratulations on our school's international education work, especially on the achievements of enrollment and cultivation work. He encouraged our school to make persistent efforts and exchange education for China and India. The educational delegation also visited the Indian Technology Group School and participated in the “China Friendship Day” event.

During the period, the Indian Alumni Association of our school was established in Calcutta. More than a dozen graduates from all over the country rushed to the scene to attend the Alumni Association’s inauguration ceremony and took a group photo. At present, our school has trained nearly 100 Indian graduates. According to the official data released by the Indian Medical Council (MCI), the passing rate of the Qualified Examinations for Indian graduates of our school ranks among the best in the country. 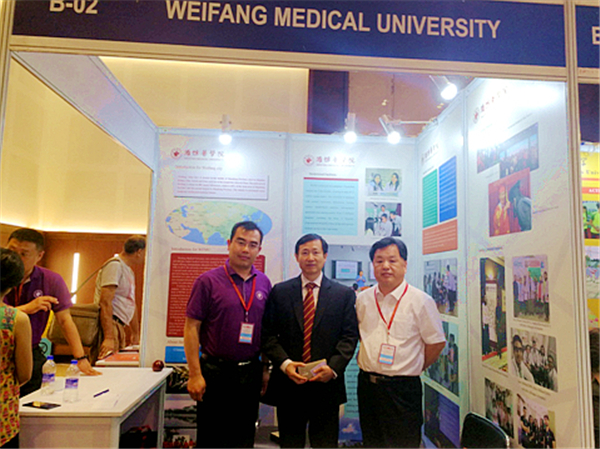